Unfortunately around here, our boating season is over, pretty much all lakes have a thin coating of ice, probably 4 months before we can start thinking about boating

nlspace wrote: ↑Fri Dec 03, 2021 4:43 amI don't know about boats, so what would be the effect of the angle and raising or lowering the motor--does it control the torque moment that is lifting the bow?

That's pretty much it: the bow will ride higher/lower when the motor is trimmed out/in, respectively. Trimmed 'out' means tipped up more (bottom away from the boat, towards the right in the earlier picture). You would typically trim the motor out to try to get more of the hull out of the water at speed (for reduced drag), then if it started to bounce up and down ('porpoising'), or just going slower, you'd want to trim it back in a bit. Trimming in can also be a response to rough water, softening the ride due to more of the hull in contact with the water.

There were likely more subtle effects in this case, like slightly lowering the propeller axis, and bringing the propeller slightly forward, thus closer to the structure under the middle rear of the deck that simulates what would be the hull on a monohull boat (providing a more stable water surface to the propeller).

EDIT: I see you were asking about vertical height changes, in addition to trim angle. You usually want as little of the motor in the water as you can get away with (to reduce drag). There is the effect you describe as well, and porpoising can result from the motor being mounted too low. But the more common problem is 'ventilation', which will occur due to the motor being mounted too high, allowing air to get sucked into the propeller. This issue is frequently and erroneously referred to as 'cavitation', but that's a different phenomenon, but with similar symptoms (propeller losing grip with the water).
Pearl White 2016 Leaf S, 24kWh battery
Silver Enkei Racing RPF1 16x7 Wheels
Ohmmu T12403 LiFePO4 12V Battery
Nissan All-Season Floor Protectors

Most above-the-deck parts have been removed, in preparation for installing better front seats, and probably moving the old front seats to the rear (doubling the seating capacity). 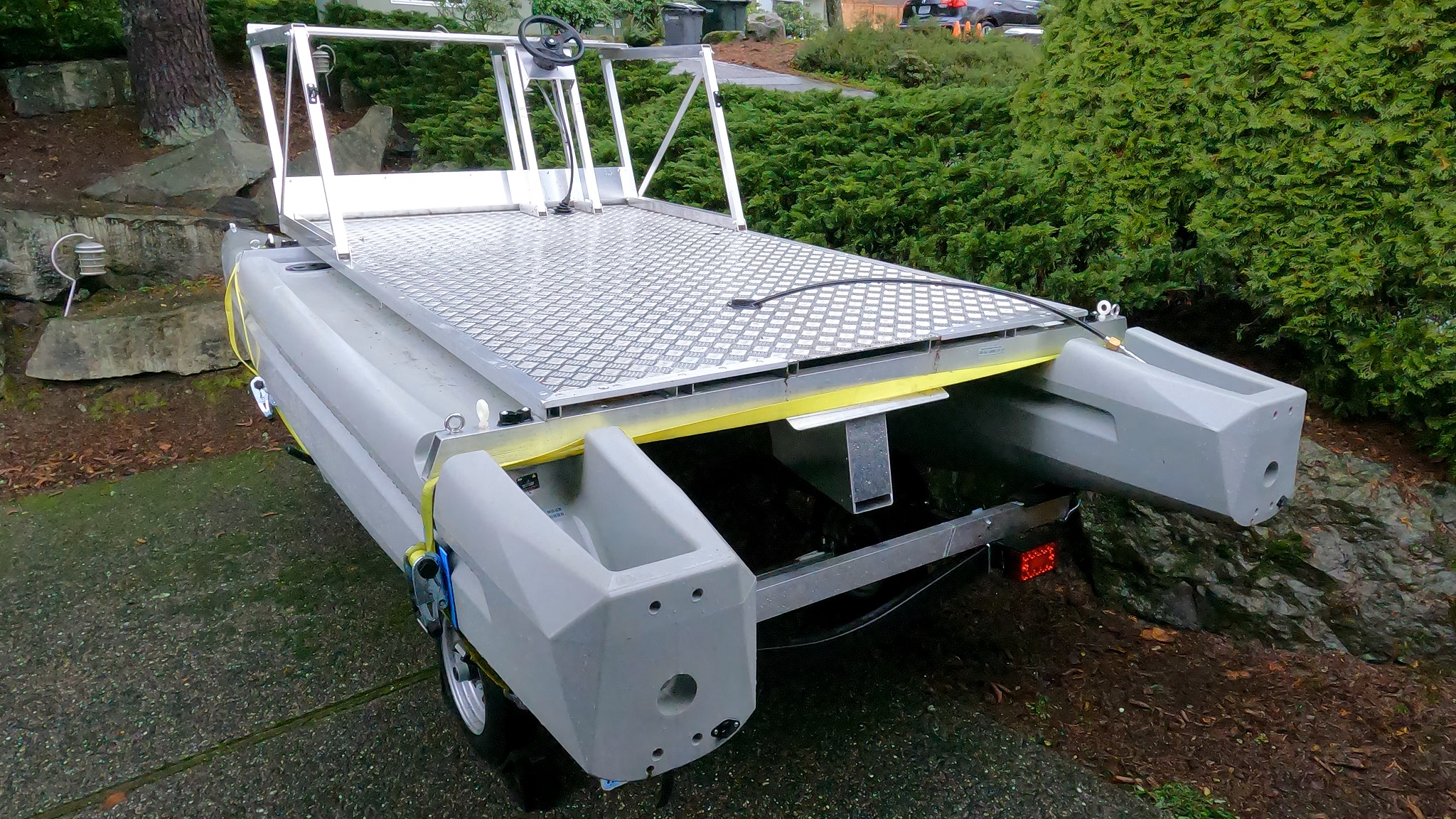 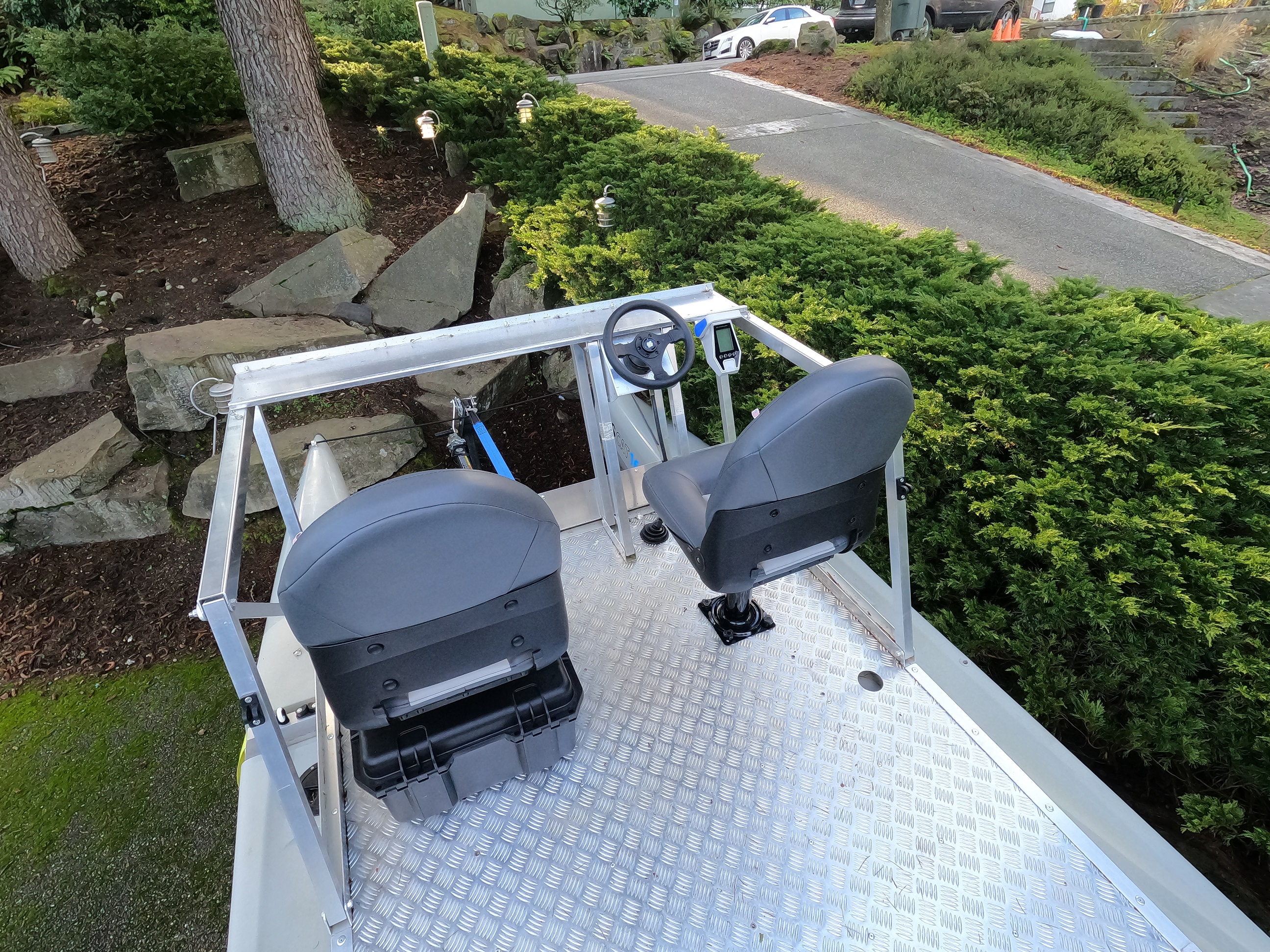 I wanted a storage bin under the pilot seat too, but the vertical helm supports don't leave space to get your feet through when entering/exiting. I have a plan to eliminate those supports, but not right away. 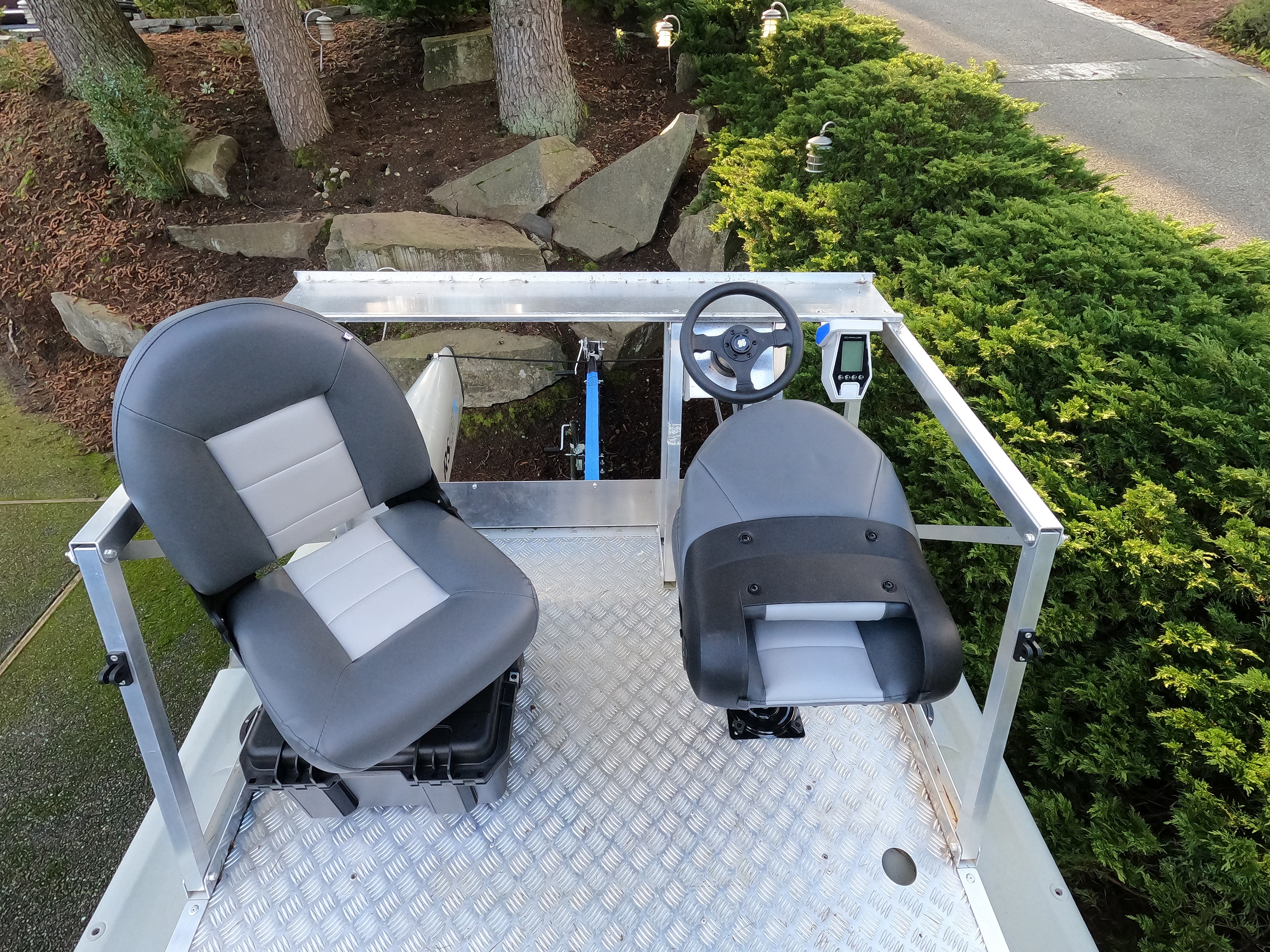 I took this yesterday evening after installing the rear seats (which are just the front seats I replaced). 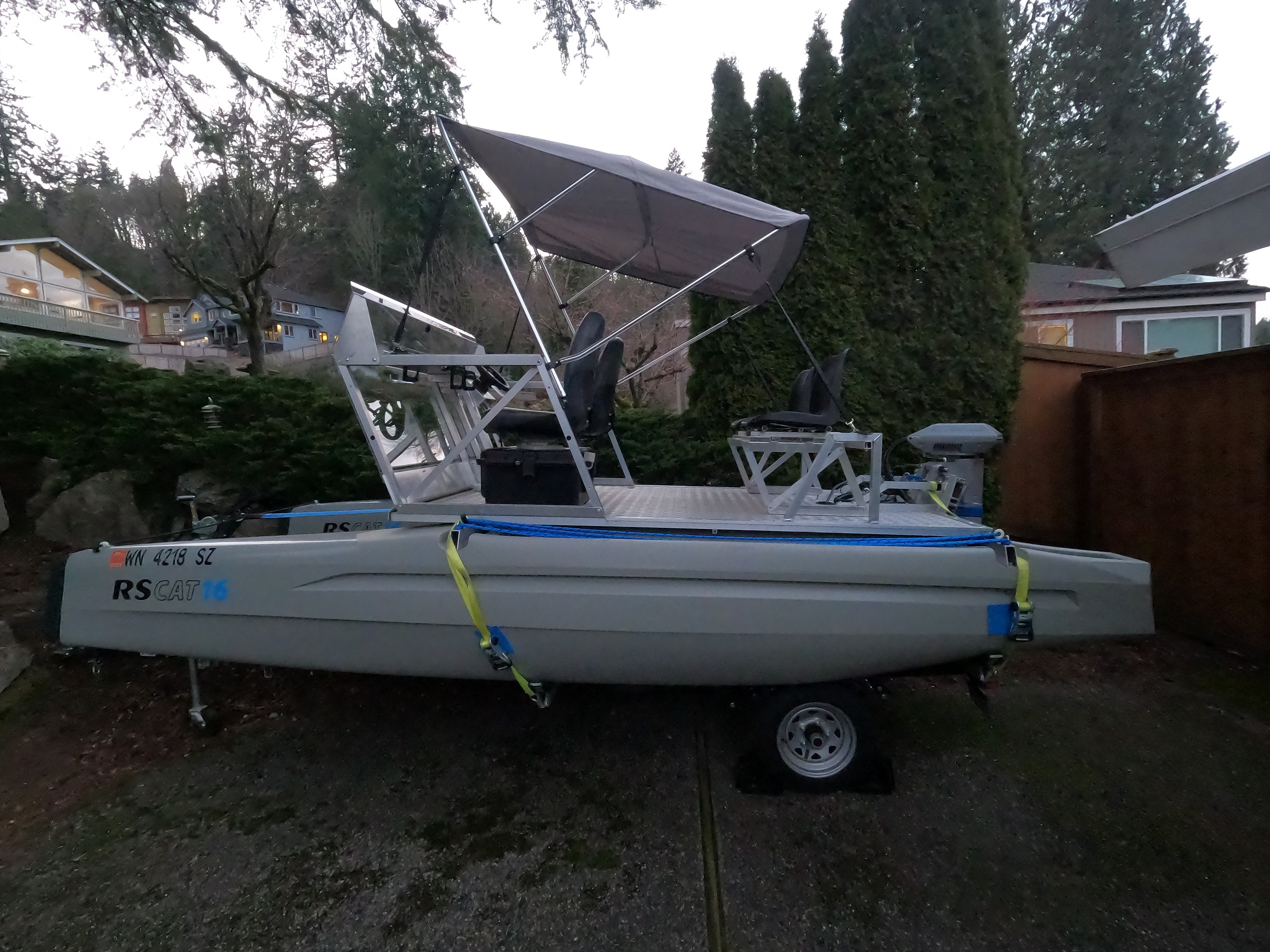 Longest run yet on the new motor: