RonDawg wrote: Not everybody can put up PV. Either it's unaffordable for them, or they live somewhere where there's not roof exposure (i.e. someone who lives in a heavily wooded area and their home is always in the shade), or they are renters.

I called its AER "laughable" because it just seems to game the CA HOV sticker system, and the government incentive system. I never said, nor implied, that it's a poor choice. I have said it's an ugly car (on different threads), and that Toyota could have done a better job with it, and (before I found out about the incentives) that a regular Prius is a better value.


My PV does not use my roof, and I rent. About 65% of American families own their homes. All across the country community solar may be available. PV component hardware is the same price everywhere. GET A CLUE.

Rather than continuing to insult me (and people like LeftieBiker) how about providing a link to this PV system you speak of that doesn't require a roof?

RonDawg wrote: BTW I live in SoCal and there's no "community" solar available to me. If I want solar, I have to put panels on the roof of my condo, the HOA won't allow them anywhere else. My utility doesn't even have the option to pay extra for "green" electricity that comes from the same overhead wires that my "non-green" electricity currently comes from.

Most weekends when the weather is fair, I volunteer a couple hours of my time along with a few others to help neighbors put up PV. Most place it on the roof. They end up paying about $1 a watt after the federal tax credit. They save money from day one on their home electricity, even if they take out a loan, and in my locale where grid electricity is cheaper than the national average. A few more panels to run EV miles is dirt cheap.

IT IS EASY. We put up 5-10 kW arrays in a few hours. If I had one helper to get the panels on the roof I could complete an array in a weekend.

Your situation may not be. It happens. But do not presume that everybody else is like you. Same goes for the Prius Prime.

LeftieBiker wrote:Between renters and those with the wrong kinds of roof or roof exposure (like me, with our slate roof), most people turn out to be either "unfortunate" or "clueless"...

SageBrush wrote:Your situation may not be. It happens. But do not presume that everybody else is like you. Same goes for the Prius Prime.

Conversely, don't assume that just because it's possible where you are in Colorado doesn't mean the same elsewhere in the US.

It also seems presumptuous that someone should be able to take out a loan to finance a solar array, especially right after they bought a new car. You don't know what their finances are, so don't assume they can afford it just because you can.


And stop being so rigid that you think only the LEAF or a Volt can possibly be better for the environment, the community, and personal finances.

That I never said AT ALL.

LeftieBiker wrote:Between renters and those with the wrong kinds of roof or roof exposure (like me, with our slate roof), most people turn out to be either "unfortunate" or "clueless"...

So it is much more a case of clueless rather than unfortunate.

Leftie is in upstate NY and you're showing a map of California. Even if the link showed the correct map, it has nothing to do with what Leftie is talking about.

RonDawg wrote:22 miles of EV only range is laughable, though not as laughable as that of its precedessor which had IIRC less than 10 miles' of pure EV range. It was targeting one specific market: California, for the HOV exemption stickers.

I do not live in California, and I do not own an HOV sticker.
Yet the Prime provides me tremendous value and has reduced my work commute fossil fuel consumption by 50% compared to the Prius it replaced despite my work commute length that is more than double the American average. At a more average 40 miles a day the Prime covers about 75% of the distance in EV and the remainder at ~ 60 mpg for most drivers. That works out to 240 mpg or better for half the driving populace. On long trips only the Tesla can do better, but it is quite a bit more expensive to purchase.
2013 LEAF 'S' Model with QC & rear-view camera
Bought off-lease Jan 2017 from N. California
Two years in Colorado, now in NM
03/2018: 58 Ahr, 28k miles
11/2018: 56.16 Ahr, 30k miles
-----
2018 Tesla Model 3 LR, Delivered 6/2018

rcm4453 wrote:I do agree with the points that you have made. You are 100% right the Prime's AER is no where near enough for me. My point is that for the people looking to drive electric, the Prime falls too short in the AER department. Wouldn't the desire to drive electric be the primary reason anyone would be considering the Prime over a hybrid in the first place? For those who live in states that actually have cold winters that 25 AER is going to be like 10 miles! At that point why even bother?! The consumers who don't care about driving electric will just buy a regular ICE or hybrid. Some lucky folks that live in the right states to receive incentives will buy it over the Hybrid version because it will cost about the same, that's a no brainer for those people. There may be a select number of buyers that don't get the incentives that feel the safety features and tech is worth the additional cost over the hybrid but that's not that many. I know when you look at the monthly sales over at IEVs it appears to be selling quite well but not when compared to mainstream ICE vehicles.

I guess what I'm trying to say is the Prime misses the mark on attracting buyers looking to go electric. It's on point as a hybrid and it's new safety features but there are more affordable options out there for those looking for a hybrid.

Actually, I misspoke earlier - the Prime is priced less than the price of the base Prius using only the fed credit, so there is absolutely no financial reason to opt for the regular Prius unless you don't have enough tax liability. It's considerably cheaper than the base Prius with any additional credits or rebates. If they don't care about the extra seat or the reduced cargo height, why would anyone buy the regular Prius, especially since the Prime will get far better mpg most of the time? The 'people looking to drive electric' include lots of people who don't need to drive more than 25 miles routinely, but who also want max. mpg on road trips where there aren't any places to charge.

As to extreme cold winters, sure, the Prime may require you to use the ICE more often than a car with a greater AER would, but so what? The people for whom that's a consideration will buy a different PHEV or a BEV - satisfied former Prius owners (2 million sold in the U.S.) who upgrade to the Prime will take their win the remaining 8-9 months of the year. However, as 40-50% of all U.S. PEV sales have been in California, and I imagine a large % of the rest in states like Florida and Texas where serious cold isn't a factor, the majority of Prime owners simply won't be bothered.

Those who will be bothered should buy a car with a greater AER, but then you can always find someone who's pushing the AER limit - the high mileage Volt owner has only driven his 2012 (35 mile AER) a bit over 1/3rd of his 400k total miles on the battery, but then his one-way commute in Michigan is 110 miles. The Prime would be cheaper to operate and burn less gas than his Volt, plus have an MSRP over $10k less than his Volt did, but I don't think anyone would consider describing the Volt 1's AER as 'laughable' (I know that wasn't you). The Prime would also burn less gas than a Volt 2, unless he can charge at both ends (don't remember if he can or not). Even an i3REx's AER wouldn't be sufficient to cover his commute, and he'd have to spend about $15k more up front to get that (I'm assuming anyone who could seriously consider an i3 REx will qualify for the full fed. tax. credit, reducing the MSRP difference by $3,300 or so).

In sum, the target market for the Prime isn't the 'Give me a BEV or give me death' crowd, and I agree with Jay Cole at IEVS that the Prime will eventually outsell the regular Prius and may also be the best selling PEV this year (depending on when the Model 3 deliveries ramp), once they get the inventory. PEVs need to move well beyond the early adopter enthusiasts, and I believe sub-$30k base PHEVs like the Prime and C-Max Energi point the way. Getting PEV base MSRPs down to $25k and eventually $20k will be critical for the mass market once the fed. credit is gone, and if PEVs can't compete, the general public will stick with ICEs or HEVs.

P.S. A general observation - there's absolutely no need for name calling. Let's keep it civil, h'mm?
Guy [I have lots of experience designing/selling off-grid AE systems, some using EVs but don't own one. Local trips are by foot, bike and/or rapid transit].

GRA wrote: In sum, the target market for the Prime isn't the 'Give me a BEV or give me death' crowd, and I agree with Jay Cole at IEVS that the Prime will eventually outsell the regular Prius and may also be the best selling PEV this year (depending on when the Model 3 deliveries ramp), once they get the inventory. PEVs need to move well beyond the early adopter enthusiasts, and I believe sub-$30k base PHEVs like the Prime and C-Max Energi point the way. Getting PEV base MSRPs down to $25k and eventually $20k will be critical for the mass market once the fed. credit is gone, and if PEVs can't compete, the general public will stick with ICEs or HEVs.

For now the Prius Prime is the ONLY well equipped family car in the world that sells for $17k - $22k in the US depending on tax credits, and returns 100 - infinite mpg for the middle 90% of the driving public in their daily driving, and best of any car other than a Tesla for longer drives. That is an amazing achievement. 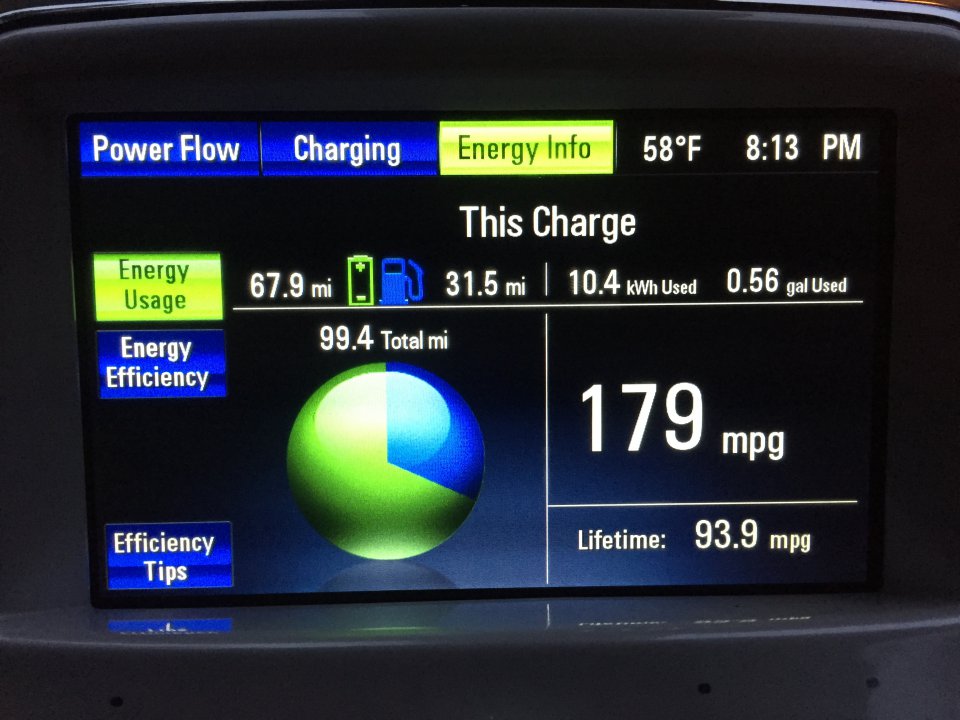