Since there didn't seem to be one, I'll start one. Discuss ChargePoint public, shared housing, workplace, etc. infrastructure here.

I saw these in Marina, CA at https://www.plugshare.com/location/251802 before they went online. I'd used an EVgo DC FC nearby at it was part of https://drivethearc.com/ and free for me, back then. For sure, the DC FCs and L2's weren't working back but it seems they went online sometime between August and October 2020.

For the DC FCs, it looks like there are 4 dual-standard DC FCs. I wonder how heavily they'll be used given their pricing?

A DCFC complex is under construction in Montrose CO, three blocks from the intersection of US 50 (Grand Junction, Montrose, Gunnison, Monarch Pass, Salida, Cañon City, Pueblo/Colorado Springs) and US 550 (Montrose, Ridgway, Ouray, Red Mountain Pass, Silverton, Durango, Farmington, Albuquerque). The site is located at N 1st Street and Uncompahgre Avenue and will have eight Tesla Superchargers and two ChargePoint DCFC stalls; it is being built with the enthusiastic support of the City of Montrose and DMEA, the local electric co-op.

The Chargepoint equipment has been installed: ^ The two ChargePoint stalls on 7 November 2020. No idea when they will be ready to use.

Each of the two ChargePoint towers has both CCS and Chademo cords. According to Plugshare, ChargePoint DCFC stations in my general area (Four Corners) have quite variable charging costs, ranging from really expensive, due to a stiff time fee, to quite reasonable, when charging for kWh only. What the fee will be for this station is unclear to me.

This is another fast charging node in a good location for road trips. Montrose is also the gateway city for Black Canyon of the Gunnison National Park.

Some more information about this site from another thread:

which totals 34 sites, and there should be a dedicated topic for it. CP won the award for all of them...

One of the two stalls in Montrose CO is on. The other is "Unavailable," perhaps because the shipping crates block access to the front side of the pedestal. The stalls "share" 125 kW so I presume that they are the usual 62.5 kW each. The rate is a stiff 20¢/kWh plus 25¢/min, an increasingly common rate in Colorado. 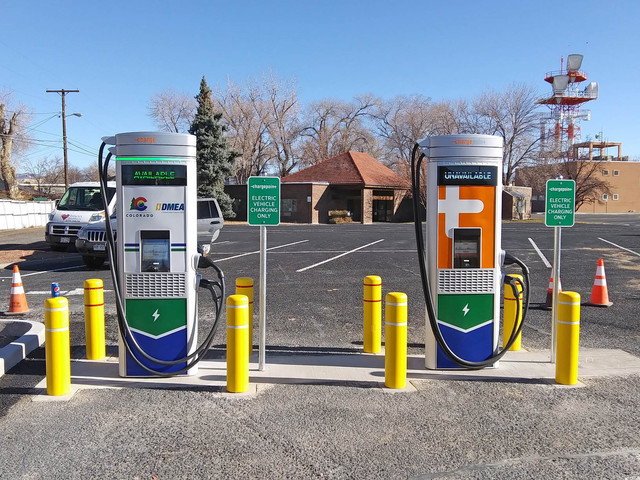 ^ Stall 2 on the left is "Available." This DCFC station is a joint project of the State of Colorado and DMEA (Delta-Montrose Electric Association), the local power co-op. 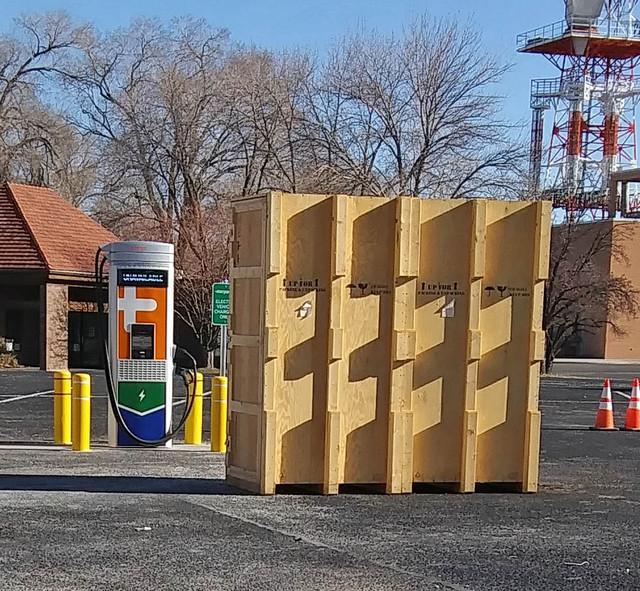 Both stalls in Montrose CO are now on and "Available." 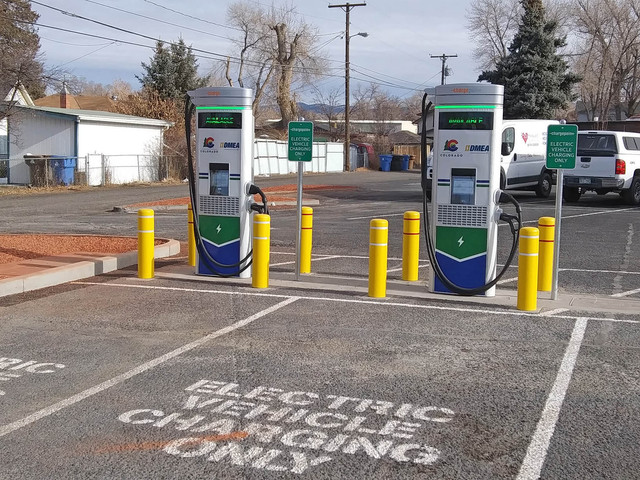