Our LEAF may have prevented a house fire...

Our LEAF may have prevented a house fire...

Interesting problem showed up last night with the house to garage wiring. I have been charging the EV at 120V (16amps) but after doing some research, found out that there is a small efficiency gain to be made going to 240V. This is because there is some charging "overhead" to run the charger/electronics etc. which may be in the 250 watt range. So there is some advantage to charging faster at 240V as that "overhead" is running for less time.

Last night, during the first 3 hour timed charge (cheaper overnight), the charging apparently stopped. It took me a bit to figure out that one leg of my 240V service was out. Part of the shop was powered including lights...so it was not obvious. The EVSE was just clicking on and off..which is what is supposed to do if there is a power issue.

This is the first time I've seen this kind of issue, but it was related to high resistance on one leg of the 240V at the house feed to the garage. The 30 amp fuse was only seeing 16 amps, but the resistance issue caused it to gradually overheat..and it did it's job (thank goodness) and blew. After bending the fuse tabs on the holder (for better contact), cleaning all connections, and cleaning and torquing the power leads to the fuse holder, I confirmed with an IR temp gun (after an hour charging the EV) that the heat issue was resolved.

I guess the lesson is that it may not be a bad idea to check your panel with an IR gun under high load! This problem has likely been there for some time..it's just that I haven't pulling 16 amps on both legs of the shop for longer period before. In any case, charging the LEAF exposed a wiring issue that was likely slowly getting worse over the years on the garage feed Note that the fuses in there for the pic are not 30amps..they are 20s. I'm actually using 30 amps fuses as per the garage spec.

This the EVSE I'm using: 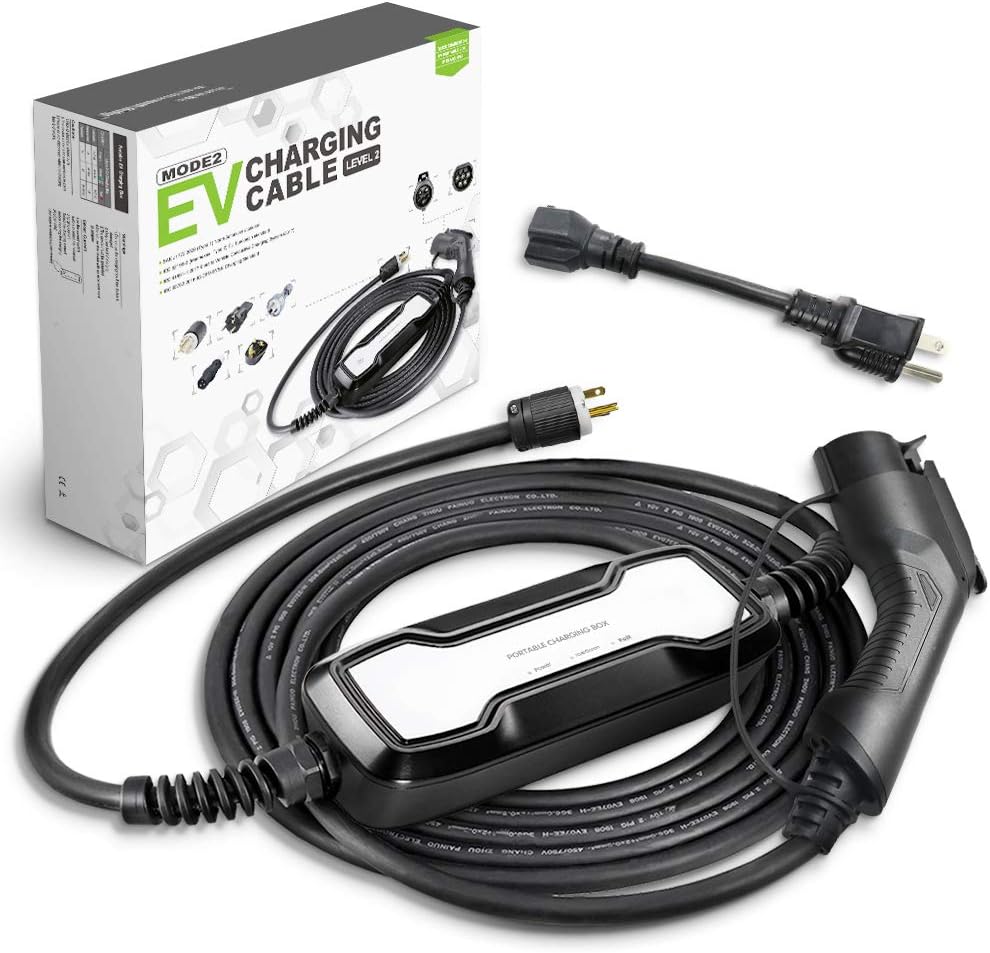 I had the same issue. I put a sliding 100 amp inline switch so I could cut the power without unplugging our 50 watt plug in connection. One of the 120 volt legs was not making and breaking well and started generating heat. I took it back to the electrical supply seller and they gave me a new one and after I swapped it out all has been cool.

Good job, and nice report.
One nitpick: I think your EVSE alerted you to the problem, not the LEAF

I agree, an IR gun is *soo* handy to have when troubleshooting, or just verifying that no poor connections are present.

As the fuse blew, it was the fuse that prevented the heat from the high resistance connection from progressing to a fire. Would have been the same for any 16A/240V continuous load, the Leaf and EVSE had nothing to do with it.

wwhitney wrote: ↑
Wed May 05, 2021 10:52 am
As the fuse blew, it was the fuse that prevented the heat from the high resistance connection from progressing to a fire. Would have been the same for any 16A/240V continuous load, the Leaf and EVSE had nothing to do with it.

Sage actually in my tests after putting in the Nema 6-20 receptacle, all was well. The car and EVSE did exactly what they should have. The issue only occurred after 30-45 minutes of use at 16 amps at 240V. The EVSE seemed happy to power up on one leg of 240V (so it looked normal) however, the car charging electronics were clicking on/off so at first I though the problem was the car. The EVSE really should have generated a fault with one leg "dead" and it never did (maybe not a surprise as it works at both 120V and 240V) My shop power setup is a bit different. The house is quite old, and has two 100amp panels with main breakers, but otherwise fuses. So on 240V connections from the house, each leg has a fuse. The garage has a subpanel with breakers..and all of those were fine. What "blew" was one of the two 240V fuses that protect each 30 amp leg out to the shop on the house side. That is where the overheat situation was.

Wayne, of course the fuse did exactly as it was supposed to...and thanks goodness for that. The issue was that my garage had likely never seen a continuous load of 16 amps across both legs. So I'd call the LEAF a canary in coal mine on this one

Electrical fires do happen at currents lower than breaker or fuse rating due to arcing etc., hence the move to AFCI for house hold circuits now. This leg has been heating up likely for years, but has never been "stressed". Keep in mind it was only 16 amps across wire, fuses, and breakers rated for 30 amps. This whole issue also illustrates why the 80% de-rate rule exists for continuous loads. I blew two more fuses before I realised that heat, and not current was the culprit. I actually prefer fuses as they are simple and at least in my experience have been very reliable. Not so with breakers...case in point the whole Stablok fire/hazard issue. For this problem, I put in the fresh fuse, and then fired up charging out in the shop. Then I went in the house basement and waited 30 minutes for the "pop". Immediately pulling the fuse holder then made it clear that just one specific part of it was getting very hot so that point the mystery was solved. The IR gun was used after the fact to make sure the issue was resolved after extended charging. Lesson learned for me.

I posted this thread up just as a "public service" reminder that even if everything works well, it's not a terrible idea to check house feeds / subpanels etc. after charging your EV for 30-40 minutes with an IR gun. Some house inspectors check for heat on panel circuits, but doing it without a load (like an EV) is likely a waste of time.

Nice catch. We torched a tree in the front yard when one leg of the 240 feed from PSE went out. After watching every high current item in the house start, stop and restart for 10 mins, (took time to gather candles) I flipped the breaker off and that is when I noticed the tree out front was flaming a bit. It was middle of Winter so spread wasn't likely and the only flame was on areas of the tree where it was close enough to arc too.