I know of one other leaf owner with a 2011 that has had a 100% grill blocked in the winter without trouble. I never got around to doing mine before the winter and since I haven't run into a problem making my round trip with a brand new 2015 I put it off to the spring.

As many people have touched on before the opening is designed for all conditions. Nissan has to make it big enough to cool a car going through death valley on the hottest day in July with 5 adults in it at 80 mph and stock PSI inflated tires with the AC going full blast. Once you factor in your unique conditions there is a lot of the grill most drivers can block off. Less energy needed to move the car down the road also means less load on the car which means less need for cooling. If you run max sidewall PSI LRR tires keep it under 60 mph and don't crank the AC then every single car grill opening out there is overkill for you. As far as the heat pump goes a grill block probably makes it more efficient allowing the ambient air under the hood to be warmer and instead of bleeding that heat to the outside air you can harvest it through the heat pump.

ICE drivers have been doing partial (75-90%) and full grill blocks for years without major issues. I ran a full block for winter and 80-90% for summer on my insight, prius, optima and miata (didn't run the winter with that one though). A good test is to wire up a little LED to the cars fan. If something gets hotter than the car likes then the car will turn the electric fan on in an attempt to aid cooling. At this point you see the LED go on which means you should probably open up the grill a bit.

I'm interested in trying the mud flaps as I removed mine the week I got the car. Not too crazy about the screws through the side though. I think some good 3M tape and screws into the inner liner should hold it.


Here are some fun tools I've used to find out what can be done with the leaf for aerodynamics.

I used the numbers from car and driver and the drag queen test, 3353 lbs, .32 cd and 24.5 frontal area. Engine and drivetrain efficiency and parastatic overhead are for MPG, they don't affect the rolling and aero HP. http://www.caranddriver.com/features/dr ... ecs-page-7

I used 0.01 for the rolling resistance based on this http://en.wikipedia.org/wiki/Rolling_resistance. It's no surprise that LRR would give you much better results than aero for people who keep the speeds under 35 mph. A 20% decrease in rolling resistance as quoted by many tires would only give you about 6.3% less hp needed at 60 mph.
2015 White SV, after one month 292 GIDS
Best 1 charge drive, 229km (143miles)

We made the wheel discs out of 16" pizza pans $3 each, more images and details in our blog
http://ecomodder.com/forum/fe-graphs/graph8836.gif

Nissan has to make it big enough to cool a car going through death valley on the hottest day in July with 5 adults in it at 80 mph and stock PSI inflated tires with the AC going full blast.

Brenthasty wrote:We made the wheel discs out of 16" pizza pans $3 each, more images and details in our blog

You should add a link to your blog from your signature to make it easier for people to find.

Looks great to me! Please keep us posted on the efficiency changes. 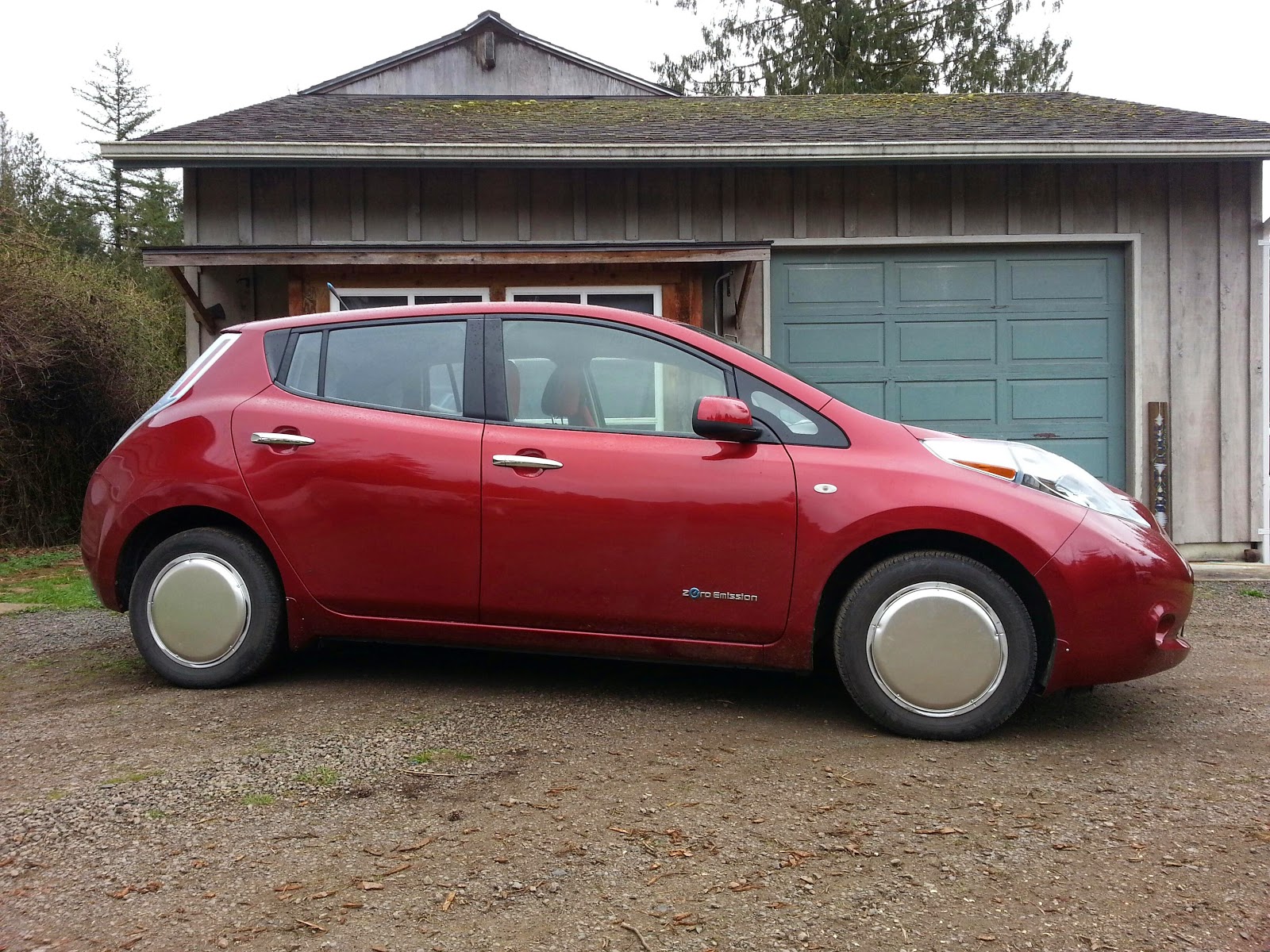 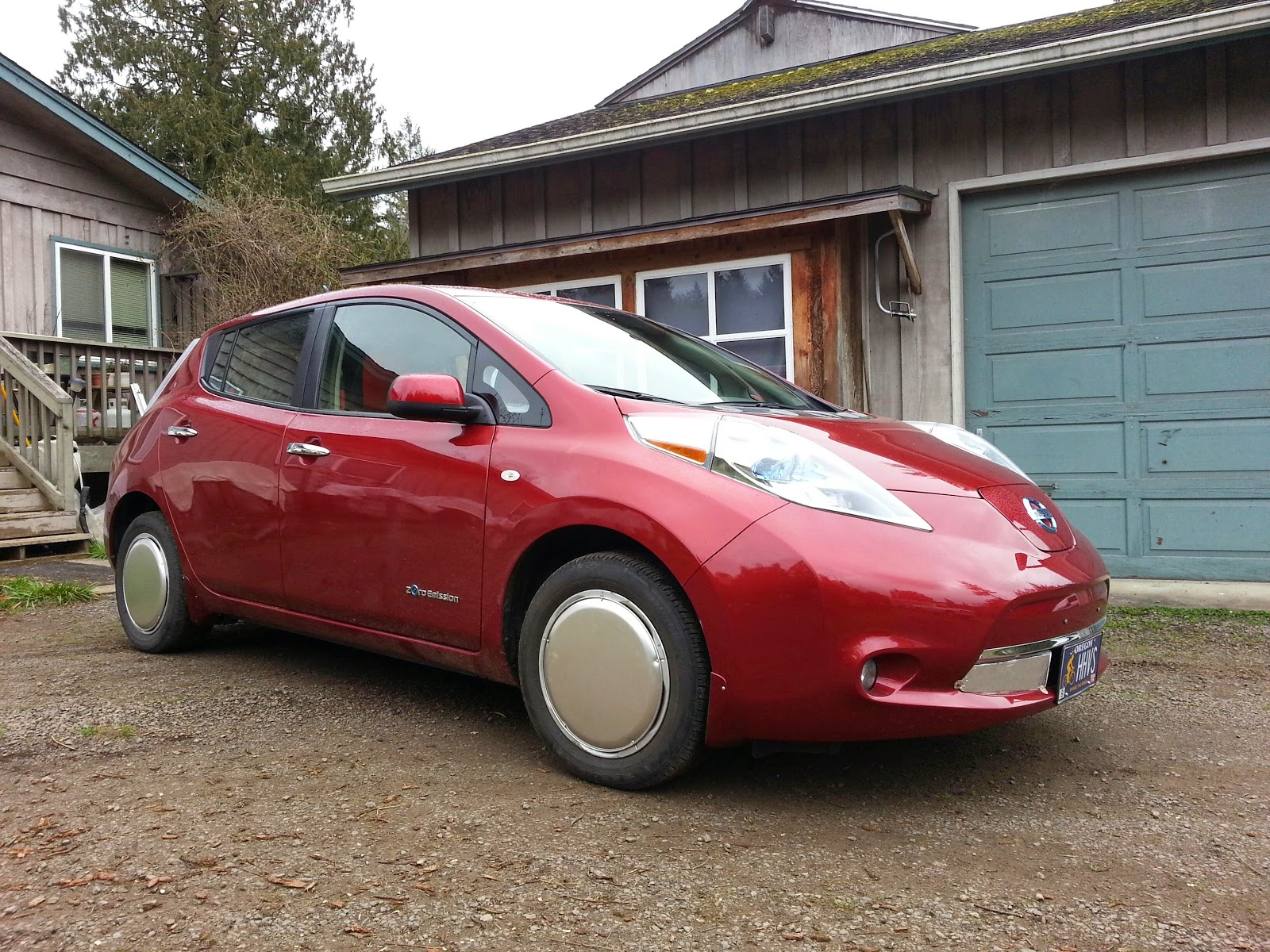 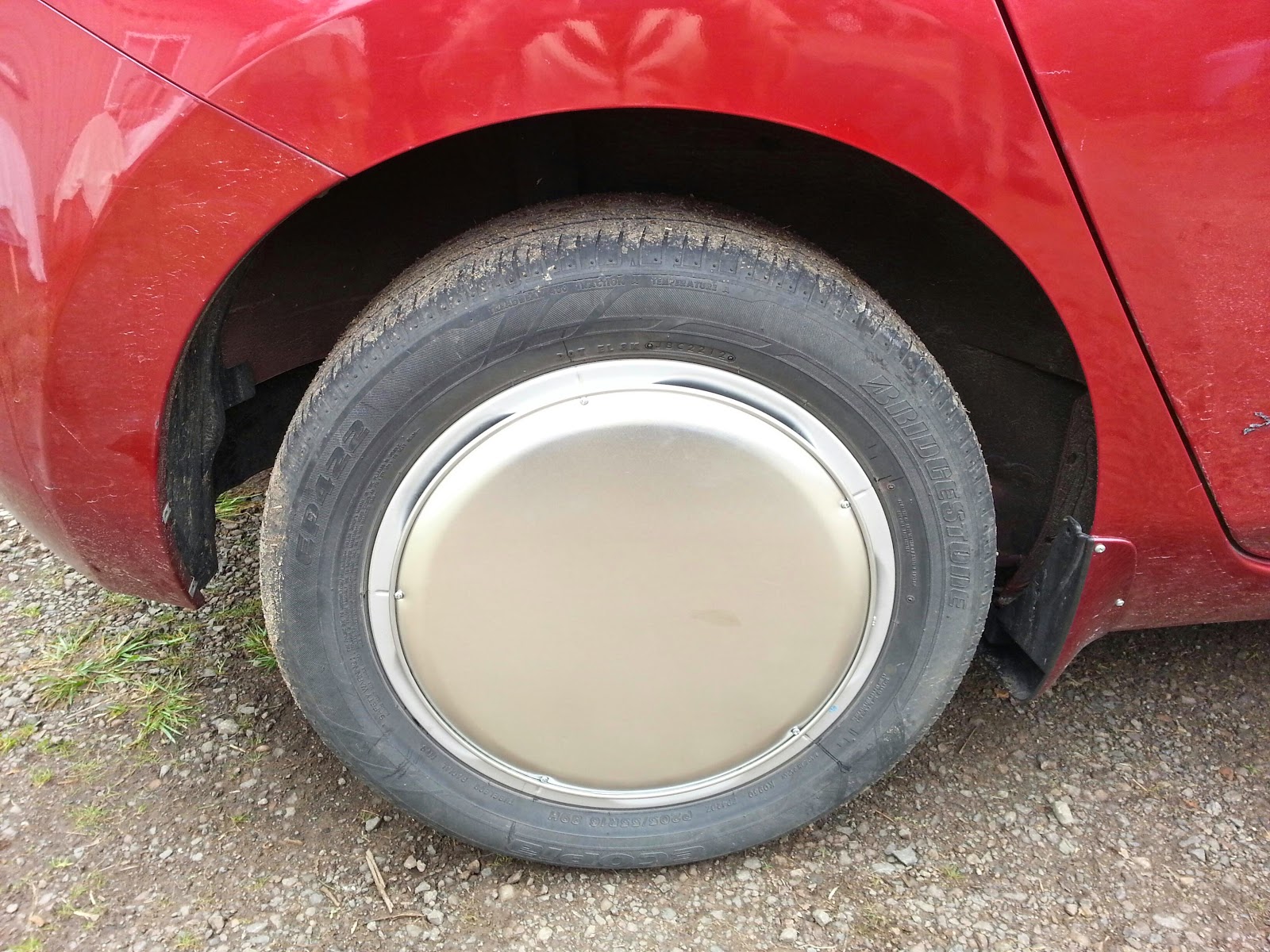 You drilled into the spokes, and used self-tapping screws to hold them in place? Wow, you are going full monty!

Nissan needs to tighten up the wheel openings - this could lower the Cd another 0.01+.

On the Leaf I have our grill blocked with black gaffers tape, it is similar to duct take, but doesn't leave a residue when you take it off and is more flexible, more cloth like. It is commonly used in theater and production applications. I haven't noticed anything any more warm, but then again it was -2F for a high yesterday and -16F when I left work at midnight, the dash battery is usually between 1 and 3 bars. I can't say I have noticed any better areo from it, but it is cold, snowy and I have the snows on as well. If your not up close you would never know it is on there and it is easy to take off in the spring as well. I did it to hopefully keep the engine bay a bit warmer, can't hurt in winter anyway.

Trailered 1 tone of hay home for the horses yesterday with our nissan leaf. Pulled it better than a toyota truck! Surprized at how little it dropped the range on the 30 mile haul! I was expecting more like a 50% drop, it was closer to 20....
http://ecomodder.com/forum/fe-graphs/graph8836.gif

Brenthasty wrote:Trailered 1 tone of hay home for the horses yesterday with our nissan leaf. Pulled it better than a toyota truck! Surprized at how little it dropped the range on the 30 mile haul! I was expecting more like a 50% drop, it was closer to 20....


Wow, that's awesome! I've been toying with the idea of installing a hitch to tow my sunfish sailboat. Maybe if spring ever comes, I'll bite the bullet this year. Mind sharing what hitch you installed?
~Brian