I just made the modification last night...

You cannot change the light from the outside only by removing the plastic glass from the light enclosures, you will have to remvoe ALL four (4) inside panels as they all go into each other.

!!! WARNING: Test before reassembly for polarity !!!

Sorry for my bad English, I am French Canadian 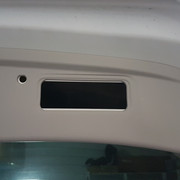 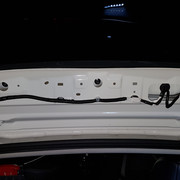 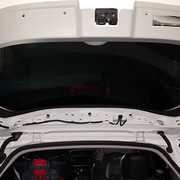 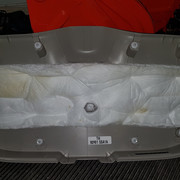 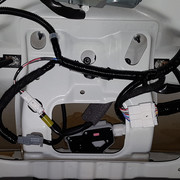 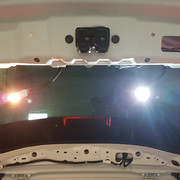 2 reasons I can think of. Who really wants the police man to pull you over for a burned out plate light?
Leds look cool.

Don't forget the Silicon grease on the contacts.
"THE ABOVE POST CONTAINS MISLEADING AND INACCURATE INFORMATION. PLEASE CONSIDER IT OPINION, NOT FACT". -someone who I offended and is unable to produce the facts in question.

I had a Camry with a license plate bulb that was out, which caused it to fail the MA state inspection. When I later went to sell the car, the event showed on the Carfax report as "Failed inspection for safety reasons"! Thankfully I knew the buyer so they believed me it was not a serious problem.

Safety inspections on the east coast were stupid like that.
New Mexico doesn't have them but we kind of need them because I have found people just don't take care of their cars.
Like when it snows here we got people who drive 20mph on the highway in a half inch of snow, not because they don't know how to drive in it but because they are riding on a set bald tires.
"THE ABOVE POST CONTAINS MISLEADING AND INACCURATE INFORMATION. PLEASE CONSIDER IT OPINION, NOT FACT". -someone who I offended and is unable to produce the facts in question.

To the OP, thank you again for this awesome tutorial. Having just completed it I will add one more tip:
When you go to reinstall the large panel, push the round plastic clips in the large panel to the top/end of their retainers.
They slide out of position when pulling off and will not align correctly if you don't.
Post Reply
Load more posts
15 posts