They must've removed whatever you were looking at. Your link only shows the usual charging stations around Raleigh, Durham and Cary.

A friend of mine who works for SAS let me know that the Umstead does have chargers, but the way he put it was this:


The Umstead has 2 level 1 charging stations for the general public.

Now, maybe they have card-activated L2s for guests and the public can use only L1s, which is the likely scenario, but I would make sure in case you were going to count on an L2 being available.
...Lance

My understanding is that the Umstead has 2 L1 chargers available for the general public, including SAS employees and guests. I believe they got them as part of a grant, so the general public can use them. There are no L2 stations there. From what I have been told, they should allow anyone to use them, not just registered hotel guests.

There are a couple on SAS Campus proper, but those are restricted to employees and visitors (you could meet your friend for lunch and charge while eating with him/her).

There is a new L2 charger at the McDonalds on Kildaire Farm Road, near Cary Parkway. It had just a L1 unit for the longest time (and the spot was never available when I drove by). Now it has a single L2 unit, with a well-marked space, and it has been free the last two Tuesdays (12/13, 12/20) when I have done some opportunity charging. The McDonald's chargers are on the Chargepoint network, but are free. I went ahead and paid for the $4.95 keyfob that let's me release the plug and connect my vehicle. Seems to work well.

We made it from Raleigh to Winston Salem with a stop and charge at the Rest Area on I40 just past Burlington. The rest area is very nice and clean and ChargePoint network charger was free and worked great. Here are a few shots 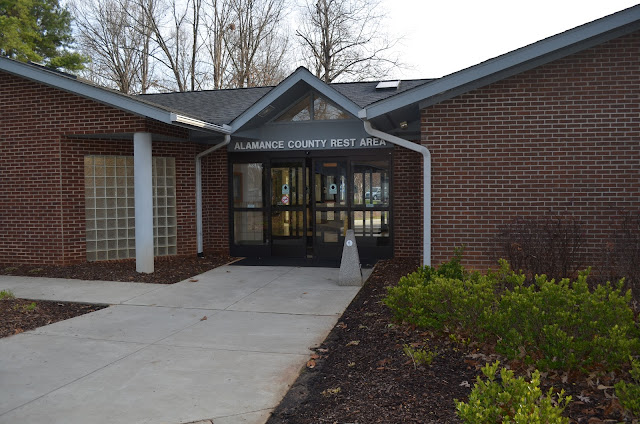 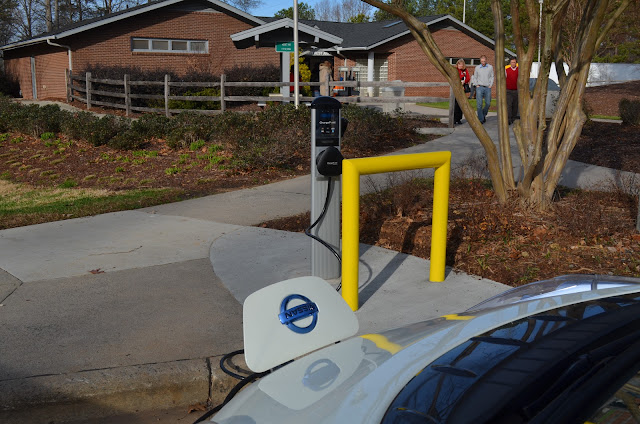 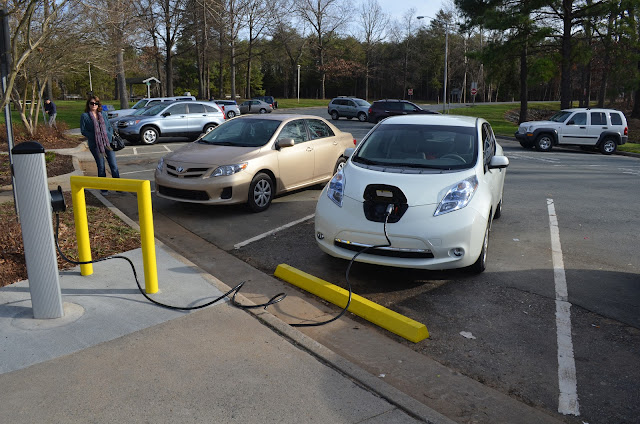 How long did you charge, before continuing on your trip?

The trip was mapped to 87 miles and our furthest 100% to turtle was 86.5. On the way out I was a bit loose with the speed and we tried a back road which looks like the stop lights and hills hurt us. Also our destination is a bit up hill from Raleigh (800 feet ish). It was looking tight on the way out so we stayed 58 minutes on the L2. GOM showed 45 and the remaining was 36 actual miles, I think we got the low batt at 8 and arrived with 4. On the way back we stayed all hwy but ran at 50 mph for quite a bit and only spent 30 minutes, 5 of it was for heat. Speed up toward Durham as we had the extra juice, ended with Low batt at 8 and parked with 6 miles on the GOM
Outside temp for both started around 35-37 and ended around 47-50 deg.

First time I've ever driven that slow on a hwy and it was kinda funny to watch people get upset .. lol.. but heck it was Christmas day so traffic was light
2012 Nissan LEAF™ SL
Glacier pearl
Reservation 8/4/2011
Order 8/10/2011
Activated Carwings
VIN 15704
Delivered Dec 2nd, 2011
*Wanted* Tesla Supercharger to CHAdeMO adapter 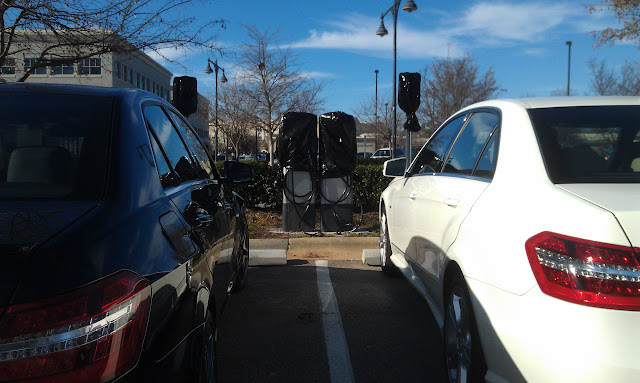 Harry: Thanks for the poat on the trip to WS.
My trip to Boone, NC. Distance to Boone 35 miles,. 2300 ft climb. left home with 92 mile echo mode. Arrived there with 24 miles remaining. Plugged in at Nissan store and charged 240 v for 1 hr. charged to 47 miles. I arrived at the underpass Blueridge Parkway and 421 with 46 miles ( I had traveled 5.5 or 6 miles. From there it was all downhill for about 4 miles when I got to the bottom of the Mountain I had charged back to 72 miles. I arrived home with 35 miles.
Mule

I asked SouthPointe Mall's info desk where their chargers were. The person there said they USED to have one, but it was vandalized and so they took it down.

So I said I hoped they would get one soon again because they were being left behind and the rest of the malls in the triangle either had them or were getting them.

sarahnc wrote:I asked SouthPointe Mall's info desk where their chargers were. The person there said they USED to have one, but it was vandalized and so they took it down.
...
It made me wonder if other existing shopping mall/store charge stations across the country are often vandalized and if they could be designed to be more vandal-proof...if not, we're likely to see more of them get taken down over time....which would be a big bummer!

Should have known...charger vandalism has it's own topic here... http://www.mynissanleaf.com/viewtopic.php?f=4&t=3330

I didn't realize we had this many owners in NC already. Very exciting! Has anyone done any driveway parties with Plug-in-America or EV get togethers? Would love to see a LEAF/EV rally to show of our electrics to the community and raise awareness or do a group visit to establishments who have installed chargers such as whole foods or North Hills just to let them know they didn't install nearly enough charging stations! You would not believe how many people have stopped and asked me about the car or friends and neighbors who didn't even realize there was a such thing as an EV. Looking forward to seeing you guys on the road. I've already seen several of you just in the last week!