huh. that's funny, I invalidate anything and anyone that seems to ignore science and global climate change facts.

Here is a follow-up on the article Jeb Bush wrote defending Pruitt to head EPA that sheds a bit of light on his motivation for writing the article.

Spoiler alert: looks like he has an ulterior motive

Something else to make me invalidated and ignored. 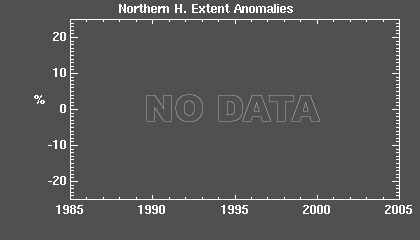 Here's a fact which should not be ignored: There has been no change in the MEASURED global greenhouse effect in 25 years:

But there was a massive change in climate forcing during that same time. It came from a 3% reduction in global cloud cover:

It's clear: global temperature follows cloud cover. Increasing CO2 does NOT increase the global greenhouse effect. CO2 really is a don't care for temperature, but it is a significant factor in greening our planet.

And if you ask the IPCC what the chance of scary things happening during this century, here is what they have to say:


Paraphrasing the IPCC from AR5 wrote:- Collapse of the Atlantic Merdional Overturning Circulation: The IPCC has HIGH CONFIDENCE that it is VERY UNLIKELY that the AMOC will undergo a rapid transition.

- Release of Carbon Dioxide from Permafrost: The IPCC has LOW CONFIDENCE in the possibility that permafrost will become a net source of greenhouse gases.

- Release of Methane from Clathrates: The IPCC has HIGH CONFIDENCE that it is VERY UNLIKELY that methane from calthrates will undergo a catastrophic release.

- Dieback of Tropical Forests: The IPCC has LOW CONFIDENCE in projections of collapse of large sections of tropical forest.

- Dieback of Boreal Forests: The IPCC has LOW CONFIDENCE in projections of collapse of large sections of boreal forest.

- Disappearance of Summer Arctic Sea Ice: The IPCC has MEDIUM CONFIDENCE that it is LIKELY that the Arctic Ocean becomes nearly ice-free in September before mid-century under high-forcing scenarios such as RCP 8.5.

- Long-term Droughts: The IPCC has LOW CONFIDENCE in projections of changes in the frequency and duration of megadroughts.

- Monsoonal Circulation: The IPCC has LOW CONFIDENCE in projections of a collapse in monsoon circulations.

Simply put, the IPCC does not think there is much chance of ANYTHING scary happening on this planet within this century. (Unless you happen to think melting sea ice is scary. It isn't.)

Interesting, although again not really related to the topic of what we can expect or what actually happens with Trump administration policies.

LTLFTcomposite wrote:Interesting, although again not really related to the topic of what we can expect or what actually happens with Trump administration policies.

As a side note to your points though, what about ocean acidification? I don't want Cajun shrimp to be the only seafood on the menu.

The entire issue of ocean acidification has been completely blown out of proportion with what is known and what can actually be measured. So much so that in January of this year, the ICES Journal of Marine Science decided it was time to start to police their own and took the issue of lack of skepticism that exists in that area of science head-on and invited papers which would counteract the dramatic alarmism that existed in that area of science:

Ocean acidification” (OA), a change in seawater chemistry driven by increased uptake of atmospheric CO2 by the oceans, has probably been the most-studied single topic in marine science in recent times. The majority of the literature on OA report negative effects of CO2 on organisms and conclude that OA will be detrimental to marine ecosystems. As is true across all of science, studies that report no effect of OA are typically more difficult to publish. Further, the mechanisms underlying the biological and ecological effects of OA have received little attention in most organismal groups, and some of the key mechanisms (e.g. calcification) are still incompletely understood. For these reasons, the ICES Journal of Marine Science solicited contributions to this special issue. In this introduction, I present a brief overview of the history of research on OA, call for a heightened level of organized (academic) scepticism to be applied to the body of work on OA, and briefly present the 44 contributions that appear in this theme issue. OA research has clearly matured, and is continuing to do so.

Simply put, unskeptical science is unhealthy science. It's good that this journal recognizes the challenges authors face in getting unexciting results published.

Scientific or academic scepticism calls for critical scrutiny of research outputs before they are accepted as new knowledge (Merton, 1973). Duarte et al. (2014) stated that “…there is a perception that scientific skepticism has been abandoned or relaxed in many areas…” of marine science. They argue that OA is one such area, and conclude that there is, at best, weak evidence to support an OA-driven decline of calcifiers.

Many early studies on OA applied treatment levels that greatly exceeded even worst-case climate change scenarios and did not report water chemistry in sufficient detail to determine if the treatment mimicked future OA-driven seawater conditions. Although most recent work has improved with respect to treatment levels, mimicking future water chemistry remains tricky.

Almost all experiments conducted to assess OA are short-term toxicity challenges. Therefore, using them as the basis from which to make inferences about a process that will occur slowly over the next decades–centuries must be made with appropriate caution. That is, the experiments and the interpretations made from them must consider how populations might acclimatize, adapt, and evolve to climate change, including OA (e.g. Donelson et al., 2011; Hoffmann and Sgrò, 2011; Sunday et al., 2013; Harvey et al., 2014). Recent studies indicate that even the effects of OA that are considered most worrisome—various behavioural impairments resulting from short-term exposure to high CO2 (see Nagelkerken and Munday, 2016)—might be reduced or overcome through adaptation and evolution (Regan et al., 2016).

Negative results—those that do not support a research hypothesis (e.g. OA will have detrimental effects on marine organisms)—can provide more balance for a subject area for which most published research reports positive results. Negative results can indicate that a subject area is not mature or clearly enough defined, or that our current methods and approaches are insufficient to produce a definitive result. Gould (1993) asserted that positive results tell more interesting stories than negative results and are, therefore, easier to write about and more interesting to read. He calls this a privileging of the positive. This privileging leads to a bias that acts against the propagation of negative results in the scholarly literature (see also Browman, 1999).

Jokiel (2016) revisits four key simplifying assumptions that have been made to assess how OA will impact coral reefs and finds that there is currently insufficient evidence to support them and that they should be further evaluated.

Knowing that a strong bias exists toward publishing scary stories should give everyone real pause to look much more skeptically at such stories. This effect is further amplified by the press. If you do not take this approach, you are likely to be fooled into thinking things are terrible when they actually are not.

Here's a fact which should not be ignored: There has been no change in the MEASURED global greenhouse effect in 25 years:

Nice article. Did you actually read the article, or just find the image on some blog?


This pause exists not only over the oceans but also over the continents. Further analysis indicates that this hiatus is very likely a result of the occurrence of more La Niña events after 1992. In the strong La Niña phase, both the atmospheric water vapor and the cloud volume are greatly reduced over the central tropical Pacific, amplifying the regional weakened greenhouse effect. Therefore, Gaa decreases significantly during 1992–2014 over the central tropical Pacific, which offsets the upward Gaa tendencies occurring elsewhere.

So what happened after 2014? Oh, we know, a strong El Niño, the reverse of a La Niña. So what do you think happened to the global greenhouse effect over the past two years?

(I'm not expecting an answer)

Thanks for the replies Mr Gurheert, but I remain unconvinced there isn't cause for concern. Hence the interest in what the incoming administration actually *does*, as opposed to what they think or what people think they think, neither of which has any effects on the environment.

Barrack Obama may tell us climate change is the worst thing humanity faces, but I can't help believe if he was really that passionate about it he wouldn't be able to stomach another golf outing in AF1 to Hawaii, with Michelle sometimes flying on a separate plane. At least Ivanka and her family vacation commercial coach, and they are far more vulnerable to attacks by crazies than the beloved lame duck Obama.
LTL
White 2012 SV delivered 10 Dec 2011 returned 25 Nov 2014 replaced with stopgap ICE Sentra
[35 months] [35K miles] [9 Bars]
2013 Volt replaced after 36 months/30k miles with ICE Rogue
2016 SV-adjacent May 2016 lost 4th bar March 2018