As a solution to my earlier thread about stopping charge at 80% I’ve come up with a solution of writing a program that queries the carwings API for current SOC, calculates charge time to reach 80%, and sends a command to an Arduino to turn on a relay for the calculated time. This relay in turn powers a large, high quality 60 amp contactor that controls power to the EVSE outlet. Once the time duration is reached the arduino turns off its relay which turns off the contactor.

My question is whether or not cutting power abruptly from the EVSE on a regular basis will be a problem? Typically, you’d unplug the charge handle from the car and in theory there could be some negotiation happening there. I’m not familiar with the J1772 protocol. In my search I’ve only come across some anecdotal evidence or arcing when pulling the plug on a running EVSE. That shouldn’t be a problem as this contactor is designed to regularly switch loads over twice what the EVSE would be pulling.

I only found one similar project of a guy controlling a contactor with a manual timer and presumably there were no ill effects, but can’t hurt to ask. Post found here: viewtopic.php?f=9&t=17111&start=20#p531892

I'm a bit rusty on these things, so bear in mind that I may get some of the details wrong below.

This means that if you happen to interrupt the charger near the peak of AC current, the inductor is going to want to keep that current going, so your contactor is going to have a hard time switching off that current. In other words, it will tend to arc. The arc will only last till the next zero crossing of the AC current, so it's not catastrophic. However, if the contactor does manage to sever the current abruptly, the inductor will kick up a high voltage in an attempt to keep that current going. That's what inductors do: they have to obey E = L. dI/dt ; E is the EMF (voltage) across the inductor, L is the inductance, and dI/dt is the rate of change of current. If you cut off the AC current instantly, then dI/dt is very large, so E becomes very large, easily several thousand volts. If you've ever played with an inductor and a flashlight battery as a kid, you'll know all about this inductive "kick".

This large and sudden increase of voltage across the inductor could damage the charger. I think that a properly designed charger would have snubber components designed to absorb the inductor's energy safely, which at the same time would prevent the contactor or breaker turning off power to the charger from arcing so much. In cheaper chargers, these may be undersized, so that after a few such interruptions, the snubber components wear out (usually open circuit, meaning that they don't affect the operation of the charger, except that they no longer have their protective effect). Hopefully, in a production EV, they don't skimp on these snubber components.

So I think that this is the gamble you take when frequently interrupting the charger input: you're gambling that the charger designers have included the snubber circuit, and that they paid the extra to size them correctly, and that the repeated absorbing of the inductor's energy doesn't wear them out eventually anyway.
2012 Leaf with new battery May 2019. New to me June 2019.

Hmm thanks guys. Wish I had looked into this before buying a $90 contactor ha. After just some initial research it seems just opening the pilot signal wire isn’t ideal either as it will likely result in faults logged on the car. Naturally, it’s hard to get a definitive answer to much of this.

I’m surprised getting something to not charge is proving to be so difficult!

Alas, at least the early leafs don't heed this pin, which I think is a shocking violation of the J1772 standard. [ Edit: I WAS WRONG! See this post and the two after it. Sigh. ] So if it's true about pilot loss causing faults to be logged, you'll need something a little more sophisticated to go to the not charging state, or similar. Though I think that the vehicle usually initiates that state, so it might not be so easy. [ Edit: in fact, you'd need "negative resistance" to achieve it, or reducing the standard 1K resistance in the EVSE, which might cause other problems. Plus, the charger probably just would not notice. ] Maybe setting the pilot to +12V (state A, not connected), or - 12V (state F, unknown/error) might cause it to stop charging, without logging an error.

Failing that, you might have to switch to a low PWM duty cycle, perhaps one (like 5%) that maps to less than 6A, the minimum allowed by the standard. Then use the contactor anyway, to save power (including auxiliary battery power).

I'd put a small relay inside the EVSE that interrupts the pilot line, instead. That way, the car and EVSE take care of turning the power on and off and you avoid doing so while the car is pulling current. If you use a double throw relay, you can put whatever voltage you need to have there to convince the car that it's not an error on the other side of the relay.

Edit: Here's a decent rundown on J1772. Looks like you'd want -12v on the pilot line when you are interrupting the pilot, but 0v may work, too.

Yep that's the approach I think I'll take. Seems to be the general consensus of the best way to do it. It'll also simplify the setup as it won't require a large contactor. I was trying to avoid having to open up the EVSE and void that warranty. I'll report back when I have a chance to make this change. Thanks everyone!

You might be able to use something like this and just control it directly from your phone: 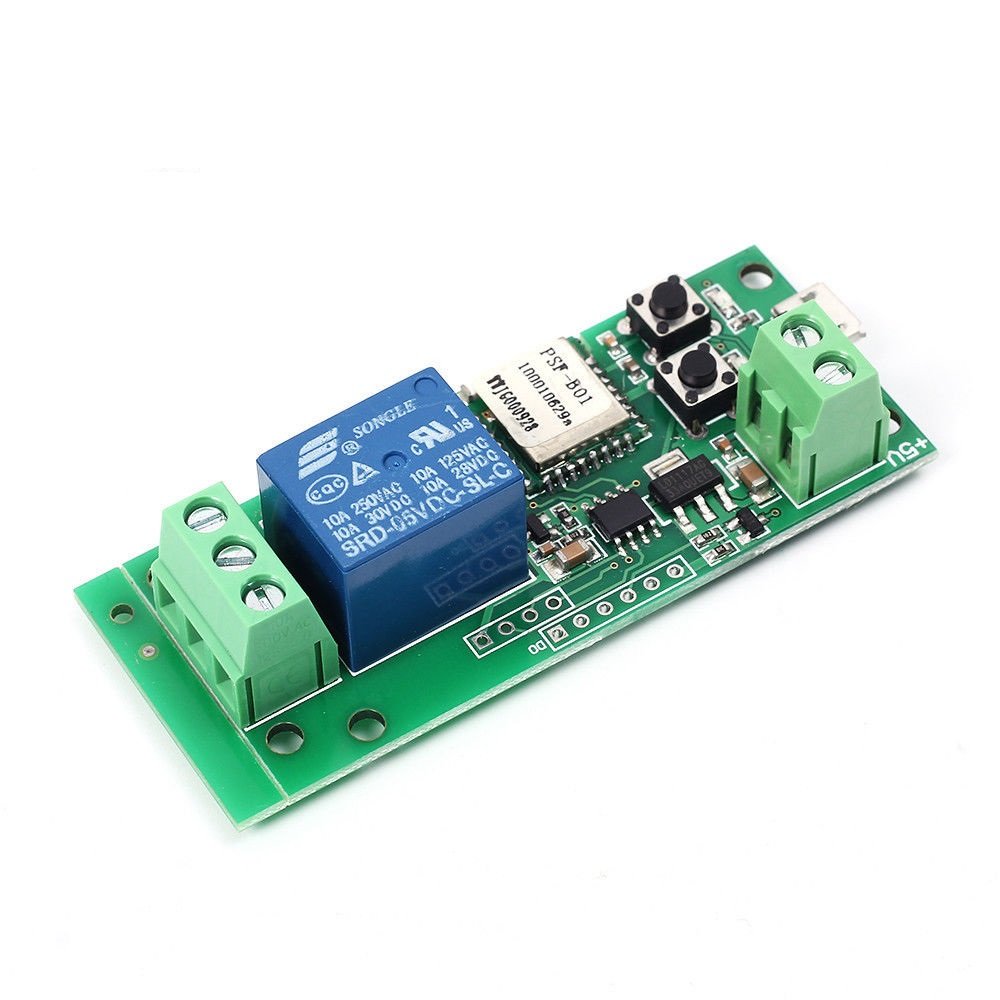 That's essentially what I'll be doing, except with an Arduino, which be able to handle a little more logic. The product you found would make for a very compact modification, however. Thanks for sharing.

That .pptx (PowerPoint presentation file) didn't open for me in Libre Office. The same site has a PDF however with presumably the same information, and it's a smaller file size (5 MiB versus 8 MiB).
2012 Leaf with new battery May 2019. New to me June 2019.
Post Reply
Load more posts
27 posts