eHelmholtz wrote:This past April I posted about EMW's creation which sold for $49 I think. Here's the link: http://www.mynissanleaf.com/viewtopic.p ... 04#p361604" onclick="window.open(this.href);return false; Thank goodness the forum response to this device prompted EMW to remove it from it's for sale list. However, there are still these devices in the wild. A friend from the Orange County LEAF gatherings had this device for use with his EMW juice box. Again this is not for the faint of heart... 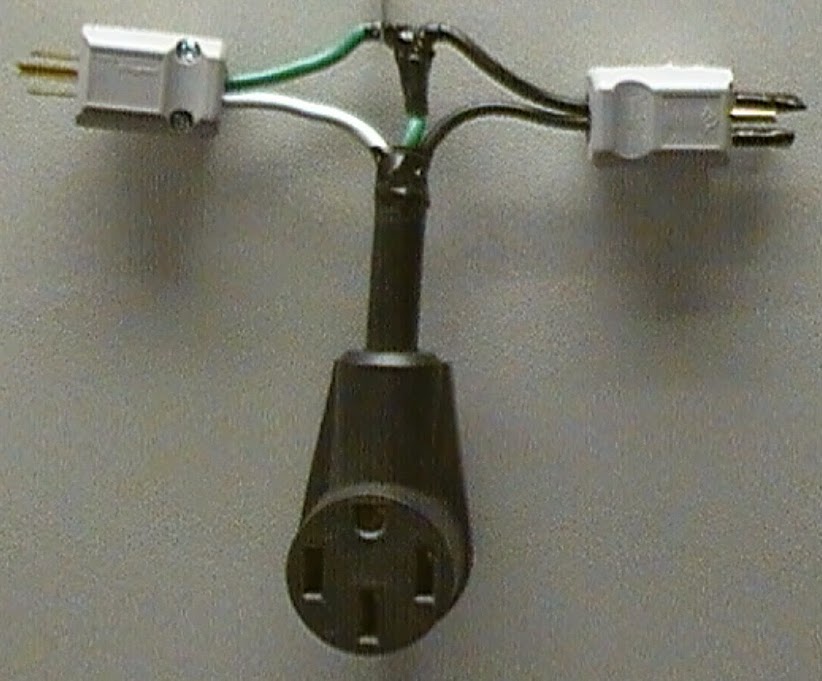 Unfortunate they needed to be "forced" to remove something so blatantly dangerous from their site and also argue it is ok to use.

Once connected to 240v, the Blue LED will light, and the buzzer will sound for about 3 seconds then it will silence. If you wish to change the time the buzzer stays on, simply change the value of C4. The value in microfarads roughly equals the time in seconds the buzzer will sound. All the capacitors in the timer circuit should be rated for 25v. Zener Diode ZD1 is 12v @ 1w, and BUZ1 needs to be a low-power 12v Piezo buzzer. The one I used is a Projects Unlimited PI-256K.

There is also a toggle switch (S1) that lets you select between 120v and 240v output. If you don't want it, simply jumper connections 1 and 2 together and don't use 3. If you do add the switch, it must be rated for your load, I recommend at least 25A.

For safety, It's very important to use a 10ohm 1watt flameproof or fusible resistor for R1 and that C1 be .22uF and a minimum of 300 volts. (you can go higher on capacitor voltage, but never lower!)

I do not recommend anyone attempt fabrication of this project unless they are qualified to work on electronics and high voltages. All parts in the circuit are connected to potentially lethal line voltages!

Phil, in place of S1 could you use the remaining contact on the upper relay so the neutral is used for 120 if 1 side is disconnected?
The cars I drive on a regular basis.

I received my Magnecraft relays. Looking at the print on the side I see the N. C. is 10A 240VAC/28VDC. Does this mean the switch is only good for 10A on the NC leg?
The cars I drive on a regular basis.

Thanks for the articles. I made one for me and it worked nice.
Question : I feel like the relays are getting hot. Is this normal or something is going wrong ?? Charging is OK as expected..

papatonight wrote: ↑
Mon Aug 26, 2019 3:13 pm
Question : I feel like the relays are getting hot. Is this normal or something is going wrong ?? Charging is OK as expected..

It depends on what "hot" means. My rule of thumb is that if it's too hot to touch for more than 5-10 seconds, that's too hot. In particular, you don't want the wiring to be that hot. Power dissipation in the high current path is pernicious - heating up the metal increases its resistance, which increases power dissipation in a positive feedback loop that can result in a fire. Be vigilant in regularly inspecting home-made high-power devices.
Post Reply
Load more posts
346 posts